What Is Worm Composting?

In technical terms, worm composting involves the bioxidative degradation of organic wastes via the joint action of earth worms and microorganisms. Geeky definitions aside, worm composting is simply a form of aerobic composting that involves the use of specialized worms to help break down organic waste materials. It is also known as ‘vermicomposting’, and is closely related to ‘vermiculture’ and ‘worm farming’ – although those terms general imply a great focus on the growing of the worms themselves, rather than on the waste processing and compost production side of the equation.

How Is It Different From ‘Normal’ Composting?

Aside from the obvious difference of utilizing worms while regular composting does not, worm composting is also a cooler (mesophilic) type of composting. Not only is a hot composting stage not required, but it is actually something that needs to be avoided in order to keep the worms alive (although, if the system has enough room for the worms to spread out they should be able to move away from the hot zones).

Here are some other differences: 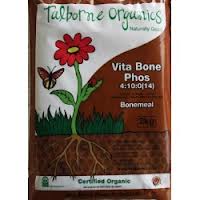